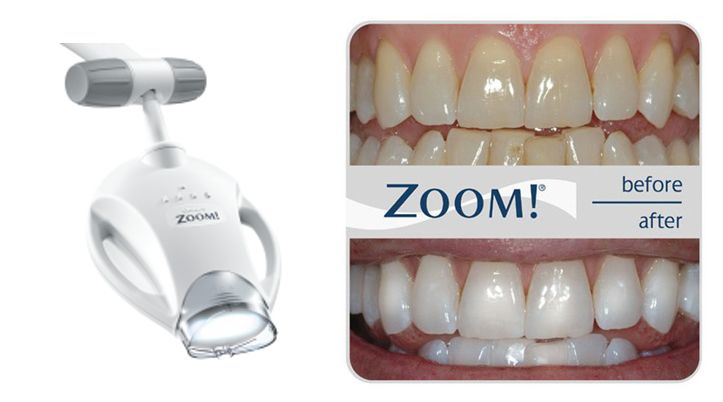 We all want a whiter smile in today’s social media-crazy world (think Simon Cowell), whether for a new job, our wedding day or just for dating. Attracted by promises of brighter, whiter teeth, unsuspecting consumers are buying a huge array of tooth whitening powders, gels, pens, strips and kits – most bought cheaply online - to use at home.

According to a Mintel report in 2020, 52% of people surveyed were using home tooth-whitening kits at least once a day. They can be much cheaper than dentist-administered professional whitening, but are they really effective and more importantly, are they safe for your teeth?

Consumer group Which? last year looked into what ingredients home tooth whitening kits contain and discovered that not only is it unlikely you’ll get the results you desire using kits at home, but legally these kits often contain only a tiny amount of active ingredient, while some less reputable ones sold online contain far more than is allowed and can actually be dangerous for your teeth and health.

As part of their research, Which? uncovered international sellers posing as UK-based sites and selling illegal and potentially dangerous tooth whitening products to UK consumers.
One of the most shocking things to come from the report is that some home tooth-whitening kits sold online contain dangerous levels of bleaching chemical that can burn gums and eventually cause tooth loss. The worst had more than 300 times the recommended amount of hydrogen peroxide. A further 20 products out of 36 tested also had illegal levels of the bleach.
All have since been removed from sale by outlets including Amazon and eBay and the company behind the product containing the highest levels of hydrogen peroxide - at 30.7% - told Which? that it had ‘found the mistake, corrected it in time’ and that the product ‘has been removed from sale’.
Products sold over the counter in the UK should contain no more than 0.1% hydrogen peroxide, while the legal limit for application by professional dentists is 6%. Shockingly, six of the products that Which? tested contained more than 10% hydrogen peroxide.
Because of the extremely low levels of hydrogen peroxide legally allowed in home kits, some use other ingredients with claimed whitening potential such as sodium chlorite and phthalimidoperoxycaproic acid (PAP). While it is possible that some of these chemical ingredients could lighten your teeth, a recent study published in the British Dental Journal found that they could also potentially damage tooth enamel, especially when the kits were used for longer than directed.

Bear in mind too that the colour shade charts provided in these kits – usually included so they can promise ‘up to 10 shades lighter!’ – are likely to be very different to the colour scales used by dentists and the interpretation of a change of shade may be a tiny incremental change. The addition of blue or UV light, included because it’s claimed to speed up the whitening process, is also unlikely to make any difference to the end result, unlike the power or laser whitening that we dental professionals offer. You should also treat any UV-light product with caution and protect your eyes and other exposed areas from the light.

The best treatment for achieving whiter teeth involves using hydrogen peroxide at concentrations of up to 6%. In the UK, this can only be carried out by a dental professional, such as our own dental expert, Dr Rena Uberoi. It is illegal for anyone other than a dental professional to carry out tooth whitening using this concentration of hydrogen peroxide and they must be registered with the General Dental Council (GDC). Beauticians and salons cannot carry out the procedure.
The Which? report says that those wanting a whiter smile, should book an appointment with a professional dentist, as the procedure, if done incorrectly, can cause lasting damage.
Dr Paul Woodhouse, a director of the British Dental Association, warns: "Hydrogen peroxide is a seriously strong chemical and not to be messed with. Dentists are trained in its usage and they also know what whitening products are effective to use and safe for teeth and gums.
"If you destroy gum tissue, you are never going to get it back and you lose your teeth. If it penetrates the surface of your tooth, which is likely, it's probably going to lead to the death of that tooth."

·      Taking an impression of your mouth to make a mouth tray that fits you exactly.
·      A whitening gel containing either hydrogen peroxide or carbamide peroxide (which also contains hydrogen peroxide) will be placed inside the trays and put in your mouth.
·      The oxygen in the active ingredient then enters your tooth enamel and lightens its colour, possibly up to several shades.
·      You will need repeated treatments. Some of these may well be carried out at home but the treatment must be dentist-prescribed.

Even when carried out by a professional, whitening can sometimes cause side effects such as temporary sensitivity, gum discomfort, white patches on the gumline or a sore throat for a few days. A good mouth tray fit and following the guidelines should help to minimise these issues though.
Here at This is it Dental in London’s Harley Street, we offer a range of completely safe tooth whitening options, including Enlighten teeth whitening - the only system to guarantee Vita shade B1 - and Philips Zoom chairside tooth whitening.

1. In-practice kit for you to take home
We’ll take impressions of your teeth before producing personalised trays that fit your mouth precisely. The trays are designed with reservoirs that help you to correctly place the appropriate quantity of whitening gel. This minimises any irritation caused to the gums. We will provide you with professional whitening gels. You will be instructed on how to use them according to your requirements. You will be required to use the gels every day. It may take a few weeks to achieve the desired effect.


2. Philips Zoom in-surgery tooth whitening
We also offer the Phillips Zoom™ chair-side teeth-whitening system.  At the practice, a rubber seal is placed around your teeth to protect the lips, cheeks, and gums. Then, whitening gel is placed upon the teeth. The gel is activated with the patented Zoom LED light, resulting in enhanced whitening. Generally, the Zoom teeth whitening process produces dramatic results in less than one hour.


3. Combined tooth whitening
Here, the home and in-surgery teeth whitening methods are combined to obtain the effect you are looking for. You’ll receive a whitening kit that may be used to ‘top up’ your teeth at a later date.
Tooth whitening: the facts
Whitening isn't permanent. It can last from a few months to up to few years.
You can have it done on the NHS but only if there's a medical justification.
Providers offering the service in the UK should be registered with the General Dental Council.
Dental hygienists and therapists can carry out teeth whitening on the prescription of a dentist if they have the necessary additional skills.
Some beauty salons offer teeth whitening, but this is illegal if there's no dental professional present.

The final word
Sue Davies, head of consumer protection policy at Which?, says: "It's clear that self-regulation is not working, leaving people exposed to a flood of unsafe products online.
"It is absolutely crucial that online marketplaces are given greater legal responsibility for the safety of products sold on their sites, so that shoppers are far better protected from dangerous and illegal items."
A spokesperson for the Office for Product Safety and Standards said: "By law, cosmetics may be placed on the UK market only if they are safe. There are specific restrictions in place for products of this kind and we would urge anyone who is considering using teeth-whitening products to consult their dentist first.”
For safe, in-practice tooth whitening, why not book an appointment with our expert Dr Rena Uberoi who will make sure you achieve your whiter smile without any damage to your teeth or health: hello@thisisitdental.london